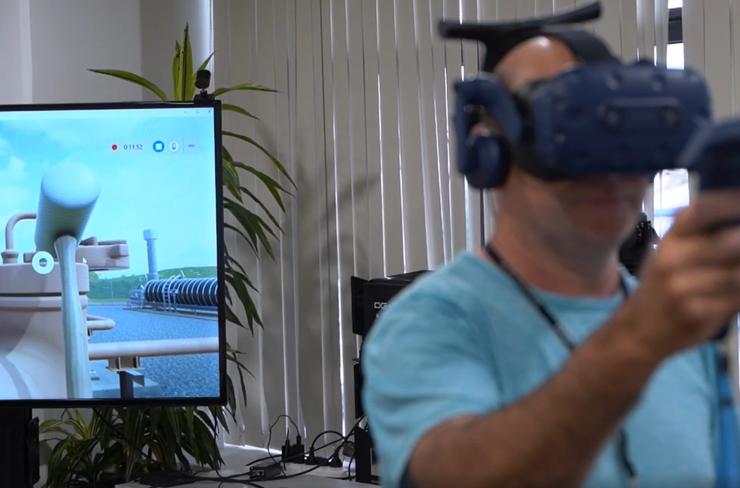 The operator of more than 2,500 km of high-pressure gas transmission pipelines and 4,800 km of gas distribution networks in the North Island, turned to Waikato virtual reality (VR) specialist Company-X to design and develop the system.

The Company-X team worked closely with First Gas Information Services project manager Reuben Uncles to develop a minimum viable product to replicate the high-risk procedure for emergency venting of a ruptured pipeline before maintenance is carried out.

A demonstration day in Bell Block, Taranaki, was popular with the First Gas team.

“The reactions of people who tried the VR headset in the FirstGas VR Training scenario conveyed a sense of amazement, as they explored the environment and interacted with the valves, control panel button and the tools,” Uncles said.

There were no reports of dizziness, motion sickness, nausea or any other ill-feeling as can be attributed to older VR technology.

"The consensus was that it was a very realistic life-like world with ‘good effects’, that makes for a viable training environment."

Company-X developed many reusable artefacts in the process which FirstGas can use in future VR training scenarios.

“The First Gas project team was delighted to work with Company-X and found their approach to the project to be well thought out, which in turn made it easy for us to know what was required from us, and what their project team was responsible for,” Uncles said.

The result was an engaging, fun and cost-effective way of exposing First Gas staff to what would normally be a high-risk task, he said.